The Arlec NL0009 is a mains powered, dual sensor (light and motion detection) LED night light. This product is available at Bunnings for $15.

I have one of these lights plugged in the hallway in motion mode to light up the hallway and stairs at night. It does a great job, but one of the downsides of this light is the really short light on time after being triggered by the PIR sensor. 1 minute is just not enough time to boil the kettle to get a hot cup of something. This would be the perfect product if Arlec had integrated a knob or two to adjust the light on time and maybe even the PIR/LDR sensitivity. 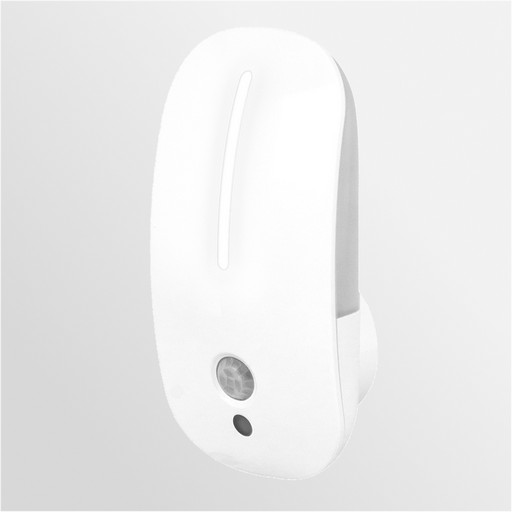 This light has a very sleek and clean looking design compared with similar devices such as the Jackson PT911L. There are two sets of lights in the device, one behind the vertical strip on the front and the other behind the light. The set of lights behind the device shines onto the wall and produces a pleasing diffused gradient of light. The colour temperature of the light is neutral (6400K as measured by my RX100M2).

This light offers two lighting modes, Dusk and Motion, adjustable via a sliding switch on the back. Dusk mode turns the device into a traditional night light whereby the front LED will light up when it's dark and turn off again when light. Motion mode will turn the device into a motion activated light which only operates when the room is dark. In the motion mode, both the front and rear LEDs will light up for 60 seconds when triggered.

But as with almost all cheap electronics, it is probably easily hackable. Luckily, this device is assembled with four Phillips screws (#1 or J1 if you have one). 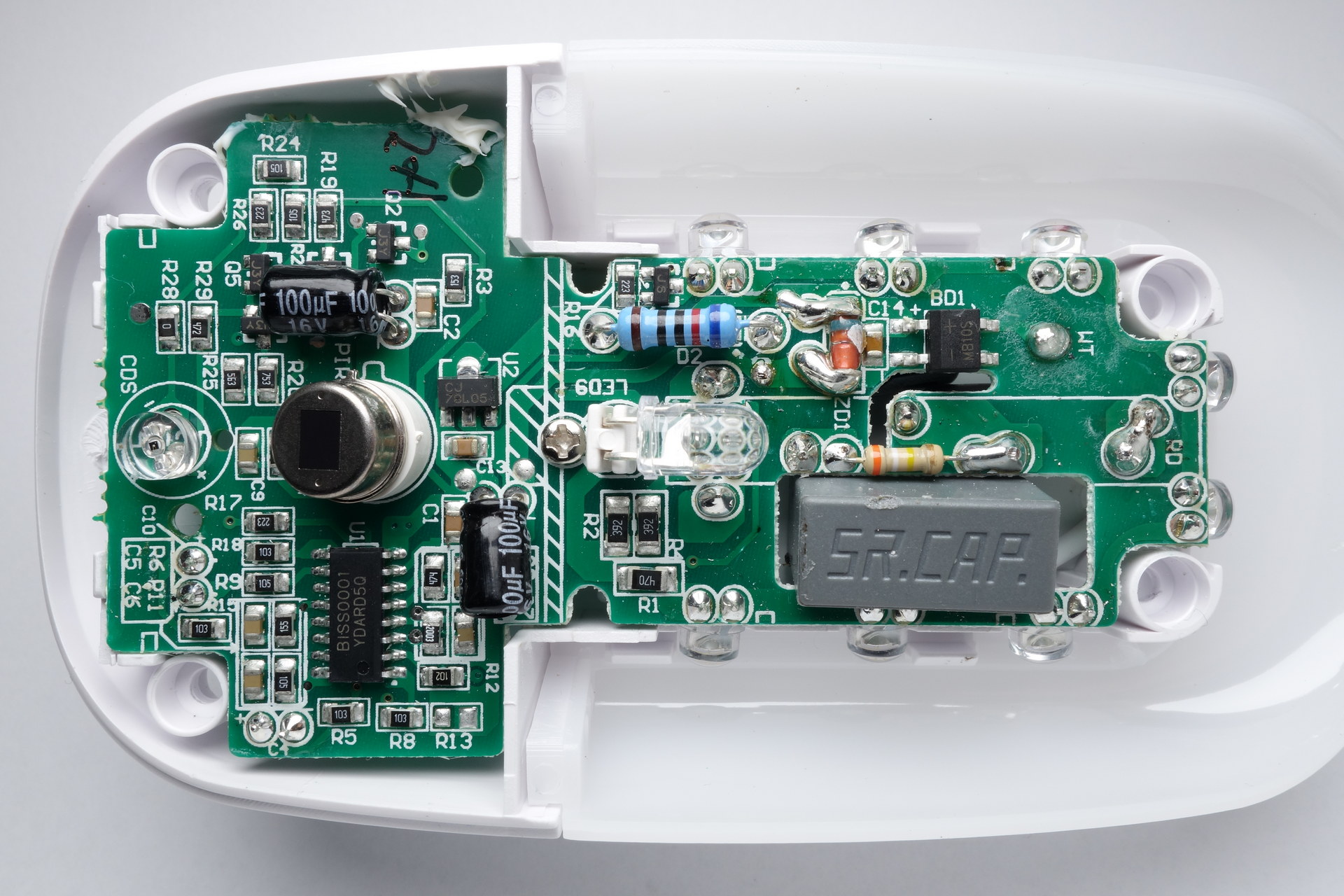 The circuit board looks well laid out and constructed, with no obvious safety issues. The device is powered through a capacitor resistor dropper circuit which means minimal wasted energy (no transformer) and is safe because the unit is sealed and the entire device is non-conductive. There is also a fuse wired in series between the mains pins and the circuit board. The Arlec NL0009's PIR motion detection is powered by the BISS0001, a very low power IC. The chip has configurable trigger on/off time as well as the ability to enable and disable re-triggering.

The re-triggering option is enabled, which means the light will stay on as long as there is any movement between the original trigger and before the timer runs out (i.e the timer is restarted as soon as there is movement).

The trigger on/off timer time is configured by adjusting a capacitor and resistor and the datasheet provides the formula. With the component reference designator adjusted for this circuit board, the trigger on time can be calculated with the formula So I proceed to remove $R{10}$ and replace it with the $1M\Omega$, which should provide approximately 5 minutes of light when triggered. I plugged it in, triggered it and timed it. The light stayed on for 4 minutes and 48 seconds. Success! Not quite... For whatever reason, the triggering distance seems to have dropped to about 1.5 metres. As a sanity test, I shorted out $R{10}$ and the timer was reduced to 1s and the trigger distance back to normal. So I concluded that the high resistance causes the triggering distance issues.

A potential solution is to use a higher capacity capacitor, $C_{7}$, but I didn't have any spares. I couldn't find any resistors around $600k\Omega$, so I added that $1.2M\Omega$ resistor in parallel with the $1M\Omega$ to give approx $550k\Omega$. A quick test had the light stay on for 2 minutes 42 seconds. The range of triggering does not seem to be affected. With my patience running out, I settled for that time and reassembled it.

If anyone has plans to increase the time for the Arlec NL0009, I would recommend buying a $1M\Omega$ linear trimpot to put in place of $R{10}$. That will allow you to tune the time more precisely and find a suitable time which doesn't impact on the triggering range. One could also replace $C{7}$ with one of larger capacitance.